Skip to content
“There are two kinds of people who sit around thinking about how to kill people. Psycopaths and mystery writers. I’m the kind that pays better. Who am I? I’m Richard Castle! “

Yup! Thats the intro to one of the best detective-romance shows on T.V today!
CASTLE!

Another season has gone by and fans have been left in utter suspense after the season finale!
Season 3 of Castle gives us more insight about the murder of Johanna Beckett ( Kate beckett’s mother ) . Kate , who is still in pursuit of her mother’s killer had hit a dead end in season 2 when the she had to shoot the lone suspect she had in relation to her mother’s murder . But in season 3 , when the cop who had investigated the murder 12 years ago is shot in front of Beckett while trying to give her some vital clues , the case gets a whole new lead in the form
of Hal Lockewood , a professional sniper . 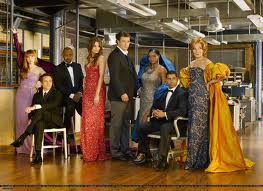 After being arrested by Kate in mid-season , Lockewood escapes in the season finale and approaches captain Roy Montogomery . This is when we realise that the captain too was involved in Beckett’s mother’s murder . But the captain who was a rookie following orders back when the murder happened , has tried and corrected himself since . When Lockewood asks the captain to bring beckett to a secluded air-base , he agrees but only to lure lockewood and team there so that the captain  himself could kill them all and save Beckett . The captain gets killed in the process but gets Castle to take Beckett away from the danger zone just in time.

While the fans remain in shock about the captain’s untimely and completrly unexpected death , another shocker of development comes about. At the captain’s funeral , while Beckett is delivering the eulogy , Castle notices a sniper in the foreground. He tries to push Beckett out of the line of fire ,but in vain. Kate gets shot in the chest and drops to the ground . The season ends with scene where castle is kneeling over Beckett’s body and tells her that he loved her . 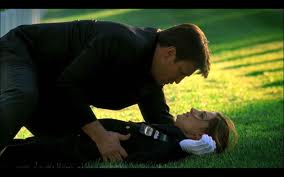 Season 3 has been the most exciting season of Castle to date . 24 episodes , all having some sort of significance to the season as a whole! The cases were all very interesting and the acting was par-excellence! Nathan Fillion has outdone himself with his cheeky expression changes and dialogue delivery and so has Stana Katic , looking stunning as ever throughout the season!
Not to forget Ryan and Espesito who add to not only the comic element of the story but also carry out the “always backing their senior ( Beckett ) ” role brilliantly !
We learn more about them too in season 3 . Ryan is engaged to long time girlfriend Jenny and Espesito is going out with Lanie ,the forensic expert at the 12th Precint .
What happens in season 4 in anyone’s guess . Obviously Beckett will survive but the question is if season 4 starts after a time lapse to a point where Beckett is on the verge of recovery or if the story of her recovery process is also told . The latter is also a possibilty since Beckett’s boyfriend is a heart surgeon and this seems to be an ideal story line to build up that relationship so that the castle-beckett relationship does not turn into a complete stagnant love story and stays a rather adorable love-hate sort of realtionship!
The other question is ofcourse , who will take over precint 12 now that captain montgomery is no more?
September 19 is when season 4 is scheduled start abroad. But the Indian fans will have to wait much longer for it to air here !
I just can’t wait for season 4!