Skip to content
So it’s that time of the season again ! When any statement voiced or otherwise by players sparks off rumours about their ” potential tranfer to another club ! When players meet their fellow club players after a much deserved break . It’s that time of the season when fans can’t wait to see their favourite clubs back in action but the squad is off in Malyasia or Belgium or Scotland for the pre-season games  ! So close , yet so far ! 13th of August . Magic date ! When the season actually kick off !
With almost two months to go we have just 2 “high profile”
transfers and they certainly won’t be the last . Brad Friedel from Aston Villa to Totenham to replace Gomes as goal keeper and Jordan Henderson moves from Sunderland to Liverpool to strengthen the Liverpool midfield .

Rumours are aplenty . Most of them stemming from hopeful fans reading too far between the lines of an innocent press statement . And on other occassions .. well I don’t know how these come about .. Looney nut-heads I suppose . The most absurd rumour I heard of this kind is about frank Lampard . Lampard is “planning” to move to Newcastle united for a measly 1.5 million pounds because he and his wife-to-be have “identified” a lovely home in New castle . Don’t look at me ! I had nothing to do with it ! 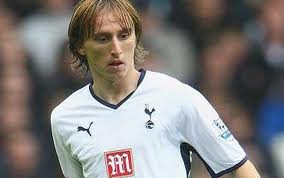 Luka Modric has expressed his interest in joining chelsea should Totenham and chelsea come to an agreement about the wages and so on . 25 million pounds is the figure doing the rounds and this is a tranfer that would really help the chelsea midfield attain that fluidity it was famous for when Lampard and Ballack formed it’s core .

Romelu Lukaku , the 18 year old Belgian has been a chelsea target for over a year now . The chelsea bosses were waiting for the boy to turn 18 to sign him . Great talent and more importantly young talent !

Marouane Fellaini has said that he would like to play in the champions league and with chelsea in the pursuit of a midfielder , it’s not surprising he has been linked with the club. But this could very well be a case of reading too far into a statement especially when chelsea are out trying to catch much bigger fish.

Javier Pastore . The young midfielder from Palermo has been on the chelsea radar for a while now bu there is no clarity on either his stand or his club’s stand on the issue .

Nicolas Anelka . For chelsea’s sake I hope he does not leave . Bringing in new blood is all good but we still need a quick striker to partner Torres and he is the solution for the time being atleast ! Rumours are that he is going to the New York bulls . 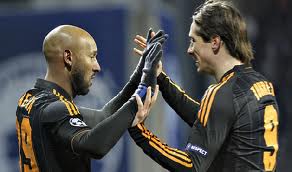 For now that’s all the important Chelsea rumours I’ve found . But it’s transfer season and things can change faster than a fire in a Oil depot ! So watch this space for more !!